ADWA announces an innovative partnership with the Federal University of Viçosa

ADWA Cannabis is pleased to announce the formalization of a Partnership Agreement for Research, Development and Innovation with the Federal University of Viçosa, through the Department of Agronomy, for the implementation of the first cannabis breeding program in Brazil. The program will be developed under the Stricto Sensu Graduate Program in Phytotechnics by researcher Sérgio Barbosa Ferreira Rocha, Founder and Executive Director of ADWA.

The research was authorized by the Federal Court in February with the assent of the Federal Public Prosecutor in a case of strategic litigation of public interest sponsored by the Legal Director Rodrigo Mesquita and will be made possible through the Agreement by which ADWA will provide legal support, computerized system to ensure traceability and control of all stages of the experiment, in addition to monitoring system, security and access control to cultivation hosted in a greenhouse provided by the Department of Agronomy of UFV.

Initially, four varieties will be developed for medicinal and industrial use from genetics provided by the partner company CANNADROP, based in Colombia, mediated by the recognized colombian cannabis activist and entrepreneur Mario Pinzón, a strategy of complexity previously unprecedented in the Brazilian cannabis industry. In addition, all the material produced under the program can be used in other researches that may be developed at the Federal University of Viçosa.

With this partnership, ADWA is at the forefront of cannabis research, while confirming its commitment to the development of national Science, Technology and Innovation industry, seeking to prepare Brazil for a market that should move US$ 194 billion by 2026. The next step is to establish partnerships to enable the construction of an integrated research center on Cannabis to expand the possibilities of developing new technologies for the Brazilian market.

Founded in 2018, ADWA Cannabis is a biotechnology company incubated in TecnoPARQ – Viçosa Technological Park focused on genetic improvement and development of highly productive cannabis varieties adapted to Brazilian climatic conditions, which meet market demand and are resistant to pests and diseases.

The company also develops software for management, traceability and decision-making assistance in relation to cannabis crops. “Personal Grower” provides the user with, according to the cultivated variety, the location and purpose of the cultivation, predictions of better planting and harvesting date, updated in real time according to weather forecasts. The beta version is in the field testing phase for the release of a commercial version.

In addition, ADWA elaborated the first mapping of the Brazilian territory for cannabis cultivation. There are 45 thematic maps that indicate the aptitude of the agricultural areas of Brazil for the cultivation of this species, as well as the regions where there may be a need for the use of protected environment and irrigation.

The objective of mapping, as well as software development, is to increase the efficiency of the breeding program, directing production strategies through a better understanding of the characteristics of the Brazilian territory for cannabis cultivation, making use of Big Data and Machine Learning.

For the work already carried out, even in a scenario of great difficulties and uncertainties such as the Brazilian, ADWA has already received awards for programs of the Government of the State of Minas Gerais and TecnoPARQ, besides being in the largest media in the country, participating in cover reporting of Globo Rural Magazine and reports from newspapers such as Folha de São Paulo , Estado de Minas and O Tempo.

TecnoPARQ – Viçosa Technological Park is one of the units of CenTev – Technological Center for Regional Development of Viçosa. Inaugurated on April 15, 2011, it was the first technological park in Minas Gerais to go into operation. With a total area of 214 hectares, it has 174 hectares of environmental preservation and 40 hectares destined for urbanization and occupation by technology-based companies and Research, Development and Innovation Centers.

About the Federal University of Viçosa

The Federal University of Viçosa – UFV is one of the oldest higher education institutions in Brazil, having inaugurated as Higher School of Agriculture and Veterinary – Esav, on August 28, 1926. Esav was transformed into a Rural University of the State of Minas Gerais – Uremg in 1948 and federalized as UFV in 1969.

UFV is often featured in educational rankings in the country and the world. It has been three times among the 100 best higher education institutions in the world in the field of Agricultural and Forestry Sciences, according to the QS World University Rankings, and among the best in Minas Gerais, according to the ranking of Times Higher Education and Brics & Emerging Economies.

In the area of plant breeding, UFV was noted for the adaptation and development of varieties of crops of great importance for the Brazilian agricultural sector, having been responsible for a pioneering soybean breeding program in the 1960s that allowed Brazil to become a world leader in the production of that commodity.

A research and technology development company focused on the Cannabis production chain. 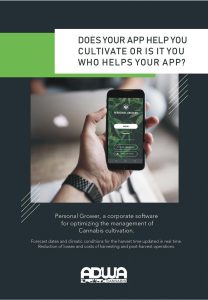 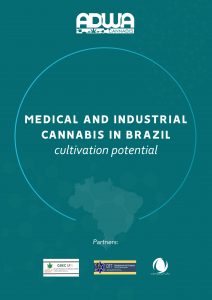 ADWA announces an innovative partnership with the Federal University of Viçosa

Developing technologies for the medical and industrial Cannabis chain in Brazil